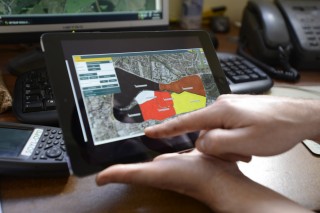 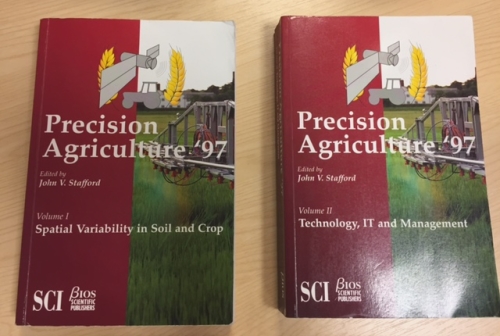 Next week, members of the SOYL team will attend the 2017 European Conference on Precision Agriculture (ECPA) in Edinburgh. SOYL are regulars at the event, having attended since 1997 when it was last held in the UK, at Warwick and we're delighted to be supporting this year's conference as a silver sponsor.

What is the ECPA?

The ECPA is a three day event at which researchers and scientists from around the world present on their work in the field of precision agriculture. Papers cover a wide range of arable, horticultural and livestock projects. This year's theme is 'Innovating through research'.

This year, members of the SOYL team are involved in three papers:

·Simon Griffin, technical manager and Jeremy Hollis, soil scientist will be presenting research based on trials of variable rate PGRs. Satellite imagery of biomass variation in wheat fields was used as a basis to change the rate of PGR across a field and the yield benefits were compared to flat rate applications.

·David Whattoff, agricultural development manager, is presenting a paper on creating variable depth tillage zones. Combining data from conductivity maps and a penetrometer survey, these are used together to create a three dimensional application plan that varies the depth of the cultivator in real time.

Why do we support the event

The UK leads Europe in the adoption of precision agriculture and hosting this year's event is a great opportunity to showcase the UK's expertise. SOYL is proud to have played a part in this success and we're delighted to contribute to the event.

From an innovation perspective, the event is a great opportunity to network with fellow researchers and scientists. We'll be sharing ideas with those at the forefront of cutting edge research, including big data, pasture management, disease management and crop and soil sensors. Some of these discussions may be taken further by our expert team to develop new and improved precision approaches and help growers in making every hectare count.

Since iSOYL and MySOYL are used in many countries, the event also gives us chance to meet existing international partners and potential candidates to take SOYL into new countries.

Check the blog later this month for our review of the conference.

Twitter LinkedIn
Tags:
crop nutrition crop production mapping soil precision farming
What should I do with straw this harvest?
The UK's most popular field names

The UK's most popular field names