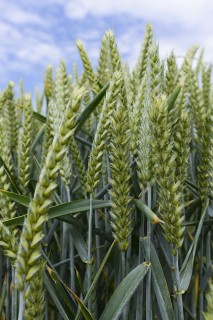 Following our recent blog on the new wheat varieties, we wanted to share with you a more in-depth insight into our winter wheat variety trials.

Our wheat variety trials are a fundamental part of our 3D Thinking programme, with our findings highly anticipated by growers and including both National and Recommended List (RL) work.

This year, we have winter wheat variety trials at Haywold, Wickenby, Honingham, Wansford, Ledbury, Coldstream, Stokesley and Malshanger. Having trials in these areas allows us to have a national perspective on how certain varieties perform regionally. Every site has a replicate of untreated varieties, meaning no fungicides or PGRs are applied. This enables growers and advisors to see the pressure from disease within certain varieties and the difference and benefits received when fungicide and PGR programmes are applied. 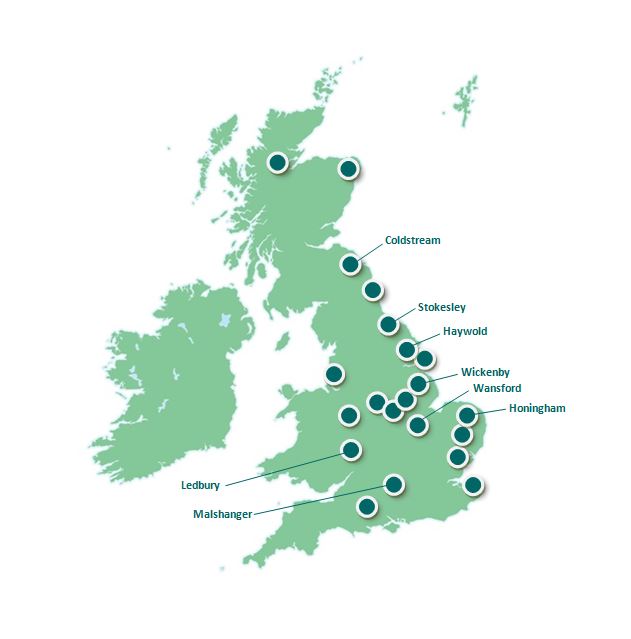 As part of our trials we are looking at establishment, disease and pest pressure, maturity, yield, grain quality and several other aspects across all varieties, but here are a few of our newer varieties which will be receiving a bit of extra focus!

Elicit - a new Group 3 biscuit wheat from Elsoms has a high treated and high untreated yield. In our previous blog we referred to its excellent disease resistance profile – particularly septoria.

In fact, with a rating of 6.4 for septoria, there are actually only four other varieties on the RL with a stronger score.

From what we have seen in trials so far, it is suitable for drilling in the main planting window (i.e. not early and not late). With yields equal to Barrel, Elicit shows a smaller response to fungicide than any of the other Group 3 varieties. It also has the best consistency for yield and grain quality compared to its peers. With good predicted domestic demand and UKS approval for export, marketing options are also excellent.

KWS Jackal – we mentioned previously that this is another 'yield-champion'. It is actually the highest yielding soft-feed variety and suitable for distilling. A slow developer, Jackal is suitable for drilling from the 10th September.

Trials so far have shown that it seems to perform best in the major eastern and northern regions of the UK across both light and heavy soils. Although slower to move through early growth stages, we have seen a high tillering capacity more akin to the varieties suited to later drilling. This is likely to be due to having Santiago as one of the parent varieties and like Santiago, it also has Orange Wheat Blossom Midge resistance. Although no UKS, there is interest in inclusion in the domestic soft wheat market.

RGT Gravity – this is proving to be the highest yielding hard Group 4 wheat across all regions of the UK and is showing particularly high yields in the north. A fast developing, high tillering variety, Gravity is suitable to drill from the middle of September but we have also found it well suited to later drilling.

We mentioned previously that RGT Gravity is suitable to drill as a 1st or 2nd wheat and on all soil types and this has been supported by its performance across a range of trial sites. While we have acknowledged that it is weak on mildew and eyespot, it is worth pointing out that Gravity actually performs better untreated than may be expected. In trials, untreated yield was above the standardised response target if all varieties responded equally.

Scores of 7 for yellow rust and 6.2 for septoria tritici have shown that, even in the untreated trials, Gleam appears to be relatively clean. Similar to other high performing varieties on the RL, it has Hereford as a parent, producing good spec weight and making it very suited as a second wheat.

The high spec weight is also incredibly consistent, with a lower variation than average across the trial years. This year, we saw the early growth having a moderate speed of autumn development but a high tillering capacity, making it suitable for sowing in the mainstream drilling period. The prostrate growth habit seemed also to lend itself well to ground coverage and crop competition. 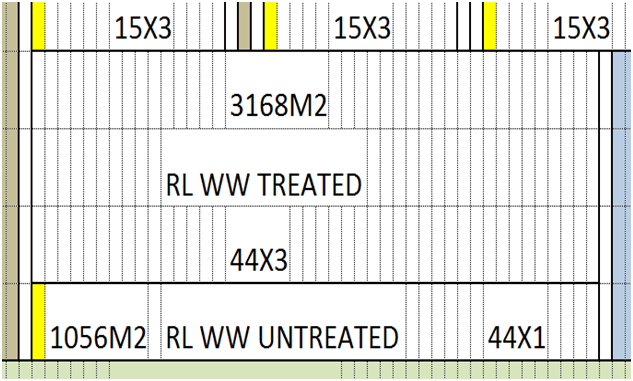 As a consequence of having the wettest March for some time and heavy snowfall in some areas of the UK, some of our trial sites were further behind where they normally would be for the time of year. Wickenby, Malshanger and Haywold are currently at GS32, whereas Wansford, Ledbury and Honingham are at GS33.

The most forward varieties across the sites are KWS Siskin, LG Sabertooth (which is a candidate), Crusoe and Skyfall, whereas the least advanced are KWS Santiago, Revelation and KWS Barrel.

Septoria is the main threat currently, particularly in the more developed sites such as Ledbury, Honningham and Wansford. The varieties showing the biggest signs of infection are KWS Santiago, Cordiale, Leeds, Elation and JB Diego.

However, reports of yellow rust are on the rise! Siskin and Costello continue to maintain both seedling and adult plant resistance to yellow rust so we are unlikely to see the early signs in those varieties.

Yellow rust in reflection at Wickenby