This week's wheat market has moved in a very narrow trading range, seeing no fresh features of note giving any particular price direction. The USDA will publish their quarterly stocks report late this afternoon after we go to print, which is expected to reinforce bearish carry out figures for US grains.

Defra published their final 2017/18 UK wheat supply and demand balance sheet but with nothing to influence the current marketing year's trading. In comparison to their May estimates imports were higher, meeting increases in animal feed demand. However, this left the carry out number, which will be the carry in number for 2018/19, down 17,000 tonnes at 1.718 million tonnes.

In contrast to the International Grains Council's 2018 EU maize crop estimate, the European Commission today cut their previous forecast of 64.2 million tonnes to 61.9 million tonnes. Meanwhile, the French maize harvest is 21% complete, up 8% on the week. Crop ratings remain unchanged at 58% good/excellent but well down on a year ago, where it was 80% good/excellent.

As market attention switches to the Southern hemisphere crop forecasts, in contrast to Australia both Argentina and Brazil are upbeat about their grain production prospects. The Buenos Aries Grain Exchange predicts record wheat and maize crops. This week, they put wheat at 19.7 million tonnes and maize at 43 million tonnes. In their September report, the USDA had 19.5 and 41 million tonnes respectively.

The feed barley market has entered a rather quiet period. Lack of consumer buying and cheaper wheat has had an effect on values. The barley discount to wheat has narrowed to £4-5 in much of the country which has the effect of removing a proportion of barley from many compound rations. Export demand still exists mainly for the new year, but only really in the south east where current values are at the lowest across the whole of the UK. Supply feels tightest in Scotland, where the low spring barley yields and dry summer are taking their toll. There have been some compounders buying for post Christmas, pricing the second half of the winter rations.

Although also rather quiet with values unchanged on the week, the malting barley market remains steady. The fall in feed barley values has meant the premium for spring barley has widened again recently. The main demand we have seen in the last couple of weeks has come from the export market, with buyers from mainland Europe turning to the UK for supply with shipments over the next five months or so. Domestically, the market is almost totally neglected as consumers appear well covered in the nearby positions.

This week initially saw good support for UK rapeseed values. This was mostly spurred on by a 10 euro increase on the May Matif contract due to poor EU rapeseed plantings and a weaker sterling following Theresa May's Brexit speech. Towards the end of the week, a strengthening in the pound's value assisted a cool-off in rising UK rapeseed prices.

Conditions for rapeseed planting in Southern Europe continue to worsen due to retained dryness in the area, although rain has fallen across Germany and Northern France to bring some aid to planting.

French rapeseed plantings are estimated to be down 10-15% on the year.

Black Sea imports of OSR continue to arrive in Europe, creating large stock piles in many of the big ports.

Freezing conditions in Canada have stopped harvest in parts of the country, with snow being seen on harvestable canola crops. This gave support to Canadian canola futures with an expected decrease in quality and yields.

The USA and China's trade war remains unsolved, with no positive movement from either side. This remains as the main dampening factor on the soybean market, however, Chicago soybean futures managed to shrug off negative news about Chinese import demand and decreasing pig herd numbers.

Weather conditions continue to worsen in Australia, with drought in the East and now frosts in New South Wales and Southern Australia further adding pressure to the developing crops.

Further concerns over yield, and more vessels loading feed beans out of the east coast, continue to fuel rising feed bean values. Over the coming ten days there are three more feed bean cargoes leaving the UK and at least one of these is destined to the Baltic port of Riga. Here, it may even be trans-shipped to Egypt to cover the Baltic shippers' shortfall.

Concerns still persist over the viability of this year's bean harvest to provide seed for next year's crop. High levels of seed damage due to bruchid infestation, and broken seeds caused by the very dry conditions, all result in lower germination. This week, the PGRO strongly recommended that farmers get their seed tested for germination capacity and vigour, as well as nematode infestation.

This week, CF Fertilisers have announced another price increase on Nitram for December onwards. This change comes after Yara in Europe increased the price of their 33.5% AN by 10 euros last week. The importers had already moved levels upwards and didn't wait for CF Fertilisers - they firmed earlier in the week, putting imported Lithan/Pulan above CF Nitram.

We are expecting an increase of at least £10 on the Nitram price but it could be higher. The only other nitrogen source would be urea and that has been firming all week on the world stage. However, the UK suppliers have enough stock at the moment to avoid immediate increases. They will no doubt follow next week.

Replacement granular urea cargoes would be £310-320 on farm. That value sees a medium-sized urea cargo at over £4 million, meaning only a few in the UK will buy one of those. India is expected to enter the market any day to cover another 500,000 tonnes which will, again, move prices higher. The higher gas price is also pushing producer prices higher and, unless we see a warmer than predicted winter, gas demand will remain high.

Some recent supply issues in Europe have forced the MOP higher, with at least a £10 increase due 1st October. Questions remain about whether it will hold but it seems that it will this time. TSP/DAP replacement numbers will force both commodities higher in the next few weeks, as UK blenders look to replace current stocks. Speak to your Frontier contact for more info. 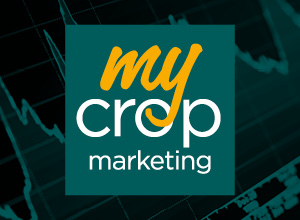 The value of a sound crop protection program