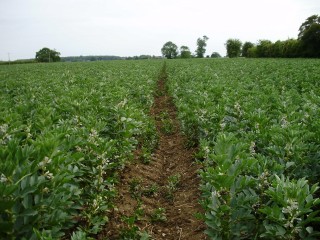 Pulse crops – what should you do now? 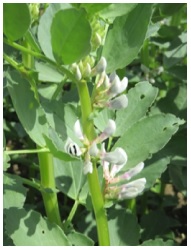 It has not been an easy year to get any crops drilled in the traditional spring-sowing window of February-March. The winter rainfall and then the 'Beast from the East' all conspired to mean that no drilling took place until the second week of April in the majority of the country. After that, many growers wanted to get their barley crops drilled first to try and ensure that both yield and malting quality aspirations were achieved.

When pulse crops were finally sown, they went into warm soils with plenty of available moisture. This scenario has continued throughout the record-breaking month of May and into June. In many fields, this rapid growth period to catch up on the growth stages has meant a big demand for nutrients from the soil. Pulses have an Nmax for zero nitrogen (even a nitrate-based trace element application could find you transgressing these nitrate vulnerable zone (NVZ) rules) but do require other nutrients of which the soil might not be able to sufficiently provide in the available timespan.

Phosphate is a key nutrient for the production of a dense and deep root system. In the early stages of growth a post-emergence dose of phosphite can help to promote a healthy plant. This can only be applied early on in the crop's life because the Maximum Residue Level (MRL) for phosphite has been set at a level which precludes any later applications. 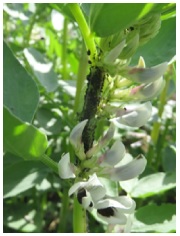 Once the pulse crop starts to flower, especially in a year like this, a period of very rapid growth combined with high temperatures and plentiful moisture (just the weather pattern to get potato blight started too) can often see mildew starting to appear. While fungicide usage can ensure other diseases are kept at bay, this is not the case for mildew in pulses. Ensuring adequate nutrition of many of the trace elements, by using a product such as Omex Zynergy (contains copper, zinc and sulphur), will ensure a clean and healthy crop.

Control of diseases like chocolate spot in beans will always require a fungicide programme. A two-spray plan, in conjunction with adequate nutrition applications, is usually sufficient to allow the crop to reach its yield potential. 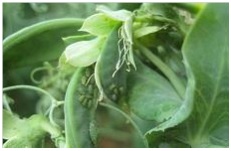 With temperatures remaining high, as they usually do during June, it is time to be on the lookout for pests.

Ones to be especially vigilant against include the black bean aphid (Aphis fabae) in field beans – which can very quickly multiply in the right weather conditions – and the Bruchid beetle. In fact, the latter has the potential to really thrive this week, with the forecasted high temperatures likely to make the pest much more active. Once 10% or more of the plants are infested, a spray treatment of pirimicarb will be required to control the aphids.

In peas, it is the pea aphid (acyrthosiphon pisum) that should be looked for and again, at 10% infestation this should be controlled. 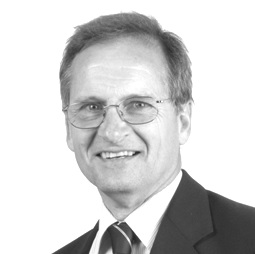 For more information on any of the above, or if you have concerns please speak to your Frontier agronomist or contact us directly.