The cheque for £515 was raised by the local farming community at Frontier’s farmer 3DThinking events last summer.  At the events farmers were invited to make a donation whilst having their ‘moisture meters’ calibrated.

Moisture meters are an important piece of equipment used by farmers at harvest to check the quality of their grain.

Charity donations were also made at the event in memory of much missed local Frontier farm trader, Steve Wetherbee. Steve sadly died in January 2011 and was cared for by the team at St Michael’s during his illness. Steve was well known by many of the farmers at the summer events. 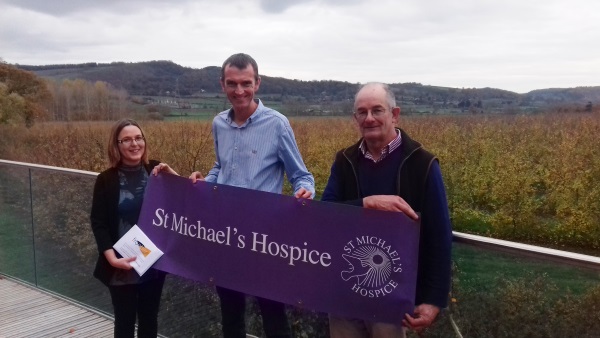