The team at Frontier Agriculture has raised an impressive £10,000 for charity during May’s Mental Health Awareness Week #MHAW19.

Frontier staff took part in the week-long fundraising activities raising £5,540.65 which is almost £5 for every person who works in Frontier. The remaining amount was donated by the company in order to bring the total up to £10,000.

Activities included a raffle which was the most successful yet, raising £3,262.15, a companywide quiz, dress down days and a wear your wellies to work day. The company also committed to donate a penny for every tonne of grain traded ex-farm during the week, which equated to £1,523.

Debbie Mason, national customer finance manager, who helps to lead the company’s The Responsible Choice initiative, explained: “Levels of depression in agriculture have been increasing and suicide rates for farmers are among the highest compared to other industries.

“It’s important to us at Frontier that we not only raise funds to support a number of charities but that we continue to raise awareness of mental health issues to our colleagues and customers, and especially what support is available.

“We’ve had fantastic engagement this week among Frontier staff, with sites throughout the country getting involved. We are proud of the team and what we have achieved during this year’s Mental Health Awareness Week.”

Frontier’s work during MHAW19 is part of its work under The Responsible Choice (TRC) to promote and encourage good mental health awareness and practices, particularly within agriculture. 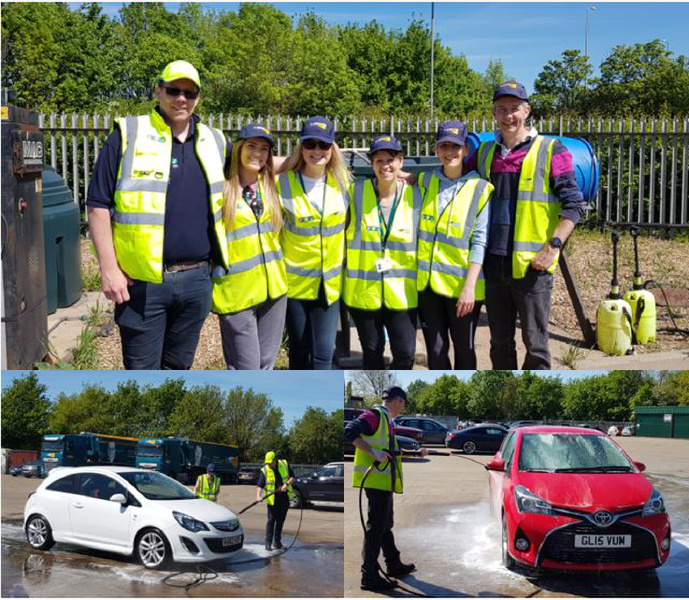 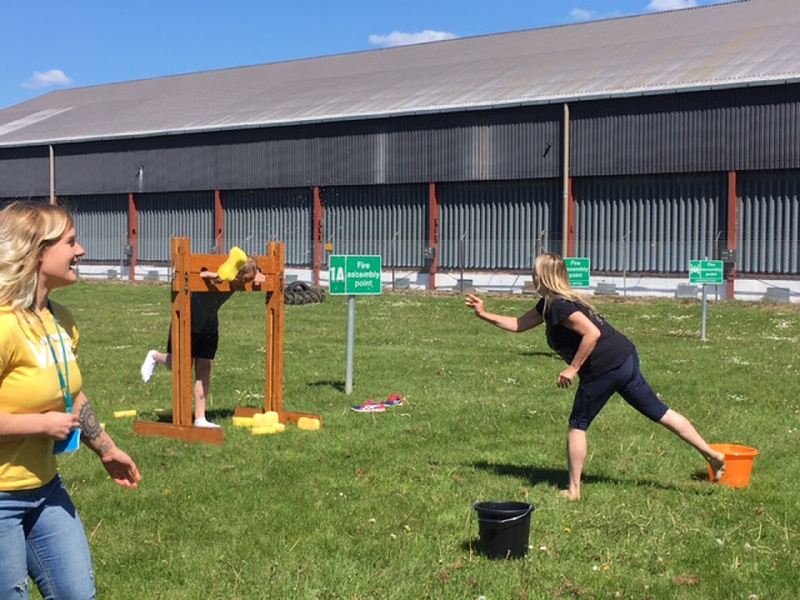 Colleagues at Frontier’s Witham St Hughes site volunteered to have a go at the stocks.