BYDV is spread by aphids and can result in significant yield losses, or even plant death.  The ban on the use of neonicotinoid seed treatments, which were previously used to manage BYDV infection, has left farmers and their advisors seeking alternative management strategies.

KWS Amistar is a conventional 6-row variety containing a tolerance gene which means plants will still get infected, but will be able to tolerate the virus and grow normally, with minimal yield loss

Jim Knight, seed business development manager for Frontier said: “We included these trials in our #3DThinking programme because we are keen to help growers solve the puzzle of crop management now that we can no longer rely on insecticidal seed treatments such as Deter. Varieties with an inherent tolerance gene are one way to do this. We were certainly impressed by the performance of KWS Amistar. It was the fifth highest yielding variety in trial and well ahead of current market leader KWS Orwell (which is not tolerant). It had a good specific weight, the sixth highest in the trial. This is important as bushel weights have historically been seen as a weakness of conventional 6-row varieties.  It also exhibited stiff straw in a season where many barley varieties experienced lodging.

“We have around 60 farmers planning to grow KWS Amistar for the 19/20 season. The crops being drilled this autumn will be the first without the benefit of insecticidal seed treatments and we’re expecting to see more growers switching to varieties with genetic tolerance in the future. Our trials have shown that varieties like Amistar can be high performing in their own right, even before we factor in their genetic tolerance to disease.

“KWS Amistar is an early example of how plant genetics can be relied upon to help manage crop pests and diseases. We will continue to work with seed breeders in bringing exciting new varieties to market, with the first BYDV tolerant wheat varieties arriving in 2020.”

A limited amount of KWS Amistar is still available for drilling this autumn.  Contact your local Frontier team or call 0800 227 445 and ask to speak to a Frontier farm trader.

KWS Amistar was included in trials at two of Frontier’s trials sites – a network of #3DThinking sites covering some 100 hectares and 12,000 replicated plots. 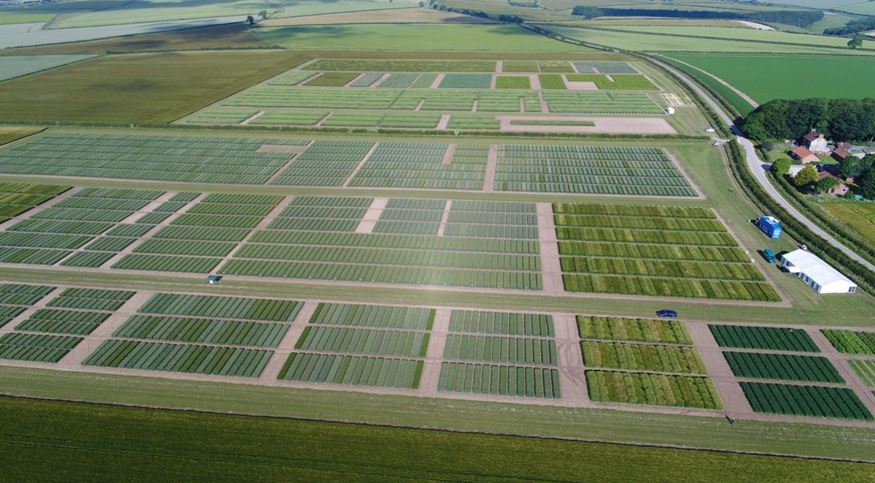