Bob Mills, Technical Manager from Frontier Agriculture considers what farmers can learn from last season to protect next year's crop against BYDV infection. 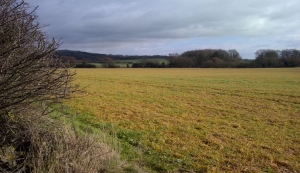 Last year saw the highest level of Barley Yellow Dwarf Virus (BYDV) infection in cereals for many years. The lack of stale seed beds and high levels of volunteer cereals in drilled crops, together with very mild weather conditions ensured very high aphid pressure. Even crops which were sprayed with aphicide last autumn were often left with high levels of infection due to the early infestation of aphids.

The unusually mild weather also ensured that aphid pressure continued right the way through the autumn. The result was that, as pyrethroid chemistry has a very short persistence, a single application was often insufficient to give complete control.

Best results last season were obtained among growers who drilled a variety that had a pre-applied seed treatment followed up with an insecticide spray.

BYDV is carried and transmitted into emerging winter cereals by aphids. The major vectors in the UK are the grain aphid (Sitobion avenae), and the bird cherry-oat aphid (Rhopalosiphum padi).  The corn leaf aphid can also transmit BYDV in small-grain cereals but is uncommon but likely to increase as the area of maize increases and winters get milder.

Traditionally, bird cherry-oat aphid is usually considered to be the more important vector, but there is much variation and this assumption may not hold true in all parts of the country. Past experience has shown that grain aphid can be an effective vector of BYDV if present in crops.

As with most technical aspects of farming, much will be dictated by the conditions of any particular season. However, growers' prospects for successful BYDV control in the year ahead can be improved by employing a range of tactics:

Aways take professional agronomy advice before making technical decisions on your crop. Frontier has a team of over 100 agronomists, covering the arable area of the UK.