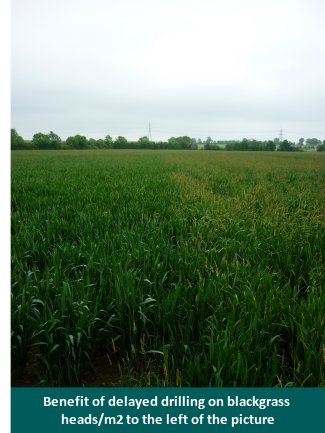 With many growers concerned about blackgrass and its growing resistance to available chemistry, Frontier has established a new research site that will focus on improving control through the use of cultivations and rotations.The site, at Staunton near Newark in Nottinghamshire, has been selected due to a severe infestation of triple R resistant blackgrass.  Research by Frontier's technical team will challenge a whole range of management techniques and rotations to see how they work together. By making changes to different elements of the cropping plan and cultivation/establishment programme, Frontier believes that, little by little, control of grass weeds can be increased.The focus of this project is to assess which cultural methods can be used to minimise blackgrass seed return - a key factor in controlling levels. This includes examining the impact of employing different establishment techniques (minimum tillage, direct drilling and ploughing), in combination with different drilling dates and seed rates. There are also plots which will assess more extreme measures including spring cropping and winter wheat following a 12 month fallow. All plots are established using the host farm equipment and are at least 0.5 ha in size. 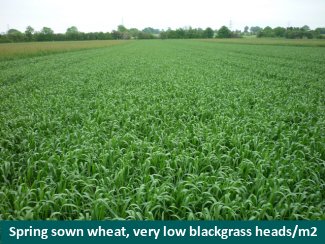 Frontier has laid out plans for the trial to run for four years which will allow data collection and comparison over a significant combination of methods. In this way the company believes it will be able to show how these techniques influence the blackgrass population and crop yield but also the profitability over the course of a full rotation. This project also complements the work already being carried out by Frontier on blackgrass control at other sites around the country.The plant and head count figures for this year are already showing some encouraging differences. As Chris Harrold, lead agronomist on the project explains: "We are seeing some interesting comparisons between the plots. For example, delaying drilling from mid September until mid October in autumn 2011 has resulted in a 44% reduction in the number of blackgrass heads/m2 in the crop (as counted in June 2012). This is a significant reduction given the lack of rain at the trial site last autumn."Other positive differences have been noted where higher seed rates were employed and between the different establishment techniques. However, the most significant reduction in blackgrass heads has been in the spring sown wheat plot. Whilst spring crops will not appeal to everyone they should not be dismissed outright as their place in the rotation could become increasingly important in the fight to control difficult grass weeds like blackgrass," adds Mr Harrold.Frontier says that the results from a single season at the site will not be taken in isolation as the key learning points are expected to come towards the end of this long term project. As the trial unfolds - the information will build. All of the learning points will be judged in relation to each other to gather a complete picture throughout the whole rotation - not just in one season. Frontier's technical team believes that will be the key to consistent control and profitability in the future.