The intake saw seven of Frontier's distinctive 'facetrucks' collect wheat from Humber Gold farmers around  Yorkshire and Lincolnshire and then arrive at the plant early on Tuesday, 3rd April, 2012.
It's expected that the Vivergo will take 1,200 tonnes in the first two weeks alone - a figure which will rise further as the plant comes fully on stream in late spring. This first delivery of grain will be used for commissioning which is well under way and will 'ramp up' significantly now. 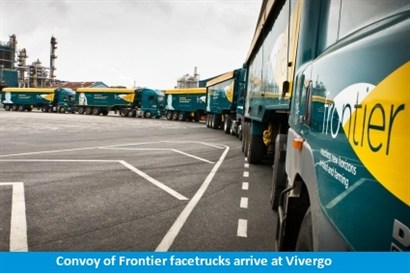 Mike Ayers, Humber Gold club manager, said: "The grain that's being delivered now is the tip of a 1.1 million tonne iceberg! It's very exciting both for Frontier and our farmers that we are now supplying the plant. This is a huge new home, creating significant new demand for UK farmers' grain and it's today that farmers will start to reap the rewards." 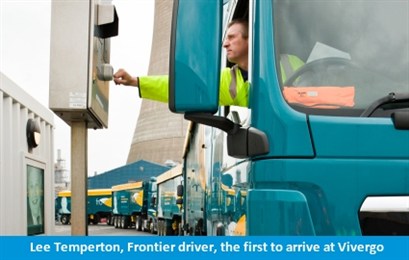 of his first delivery to Vivergo: "It's great to be one of the farmers delivering the very first loads to Vivergo. We've been anticipating this for some time but to have this new home for our wheat in such proximity is good news.

I joined Humber Gold because I want to enjoy some of the benefits such as average moisture contracts. These will make a difference because we know the plant will take our wheat and we won't have to dry it, which 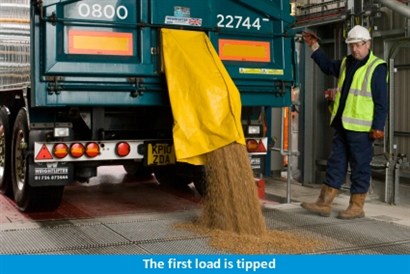 means potential cost savings as well helping us to avoid claims, or perhaps even over drying grain which sometimes happens.

"Looking to the future, I'm considering venturing into livestock because we already have straw on farm and, once full production starts, the animal feed co-product could make for an efficient process with wheat leaving the farm to go to Vivergo and feed coming 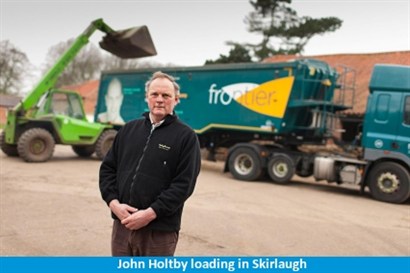 back on the same vehicle once tipped."

Julian Anyan, from Holme Hill Farm in Lincolnshire said of Humber Gold: "I joined Humber Gold because of the flexibility it will offer me when planning and managing budgets. Having the ability to send wheat that is of a lower grade or wetter and without drying will be a real benefit. I'm sure the wheat we're loading today will be the first of many loads 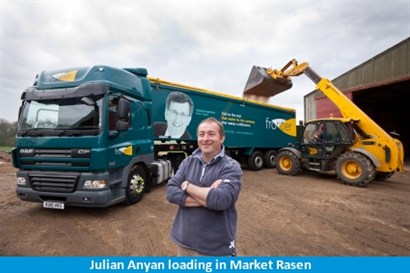 making its way to Vivergo."

Frontier is the exclusive supplier of grain for the site which will be the number one tip point for wheat in the UK once open. Farmers in Yorkshire, the Midlands and Lincolnshire now have a major opportunity to benefit. Humber Gold and the new plant will mean that wheat that has traditionally been exported as animal feed will now stay in the UK and be used to make bioethanol as well as an animal feed co-product.

To be eligible to join the Humber Gold club farmers must commit to supply Frontier with a minimum of just 120 tonnes of wheat through the Club (four lorry-loads). In return these are just some of the benefits they will gain:

• More flexibility on moisture content levels
• Batch loading within 30 miles
• Attractive terms for supply -Preferential payment terms of 21 days and in some cases just 7 days
• Load analysis by text/online
• Average moisture contracts
• Carbon scoring - Humber Gold farmers will be able to evaluate the carbon score of crop production and use the results to drive a reduction in their environmental impact.

Farmers interested in joining should call the team on 01482 420311 or email: This email address is being protected from spambots. You need JavaScript enabled to view it.