The draw took place at the Cereals event, as Frontier approached a landmark 1,000 members. All farmers who had signed up to join the Humber Gold club since its launch were included.

Mike Ayers, Humber Gold club manager, delivered the news to Mr Edward Hardcastle and Mr David Scarborough of C E Hardcastle and Son. Mr Ayers said, "I'm delighted to present Edward and David with this prize today. The seed will be delivered later in the season and the resulting grain will be perfect for processing at the Vivergo plant which will come online early next year."

Accepting the prize, Mr Scarborough added, "We have already ordered some KWS Santiago for planting later this year, so winning an extra tonne today is a nice surprise. We're looking forward to sending our wheat to the new plant when it opens. We also have cattle on the farm, so we'll probably be buying the animal feed co-product back from them as well, completing the chain! '" 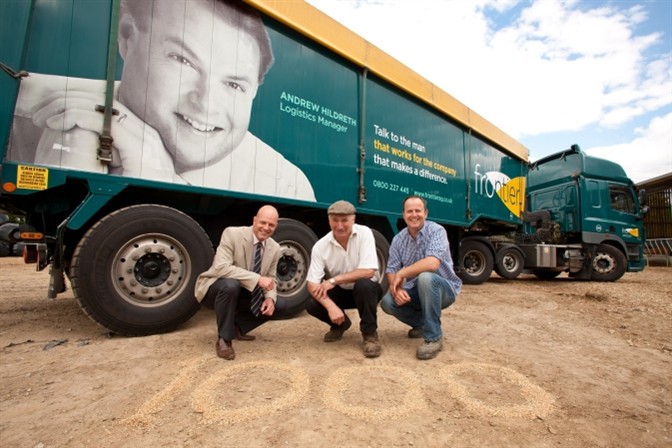 The Humber Gold club links farmers into the supply of the new Vivergo bioethanol plant near Hull. The plant will require 1.1 million tonnes of wheat annually. Frontier has the exclusive contract to supply the site and the Humber Gold club presents farmers in the regions surrounding the plant with a major opportunity to benefit by teaming up with Frontier to market their wheat.

Mr Ayers concluded, "The significant number of members already signed, even before the plant goes into production, gives an indication of how popular Humber Gold is going to be with growers. We expect to sign even more as we move nearer to the opening date and the excitement builds."

To be eligible to join the Humber Gold club farmers must commit to supply Frontier with a minimum of just 120 tonnes of wheat through the Club (four lorry-loads).