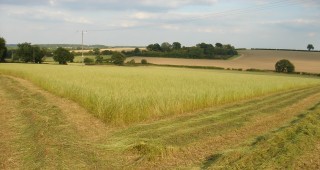 There are many reasons to sow new grass leys, but none more prominent than having some in poor condition following the wettest winter on record and one of the hardest spring droughts.

The recent rainfall will help things but it cannot reverse the damage that's already been done. Unfortunately, many leys have lost key elements, allowing weed grasses such as annual meadow grass, rough stalked meadow grass and couch grass to populate the thinner areas.

In many situations, a complete reseed is the answer. There are a number of things to take into account ahead of doing this though and a total restructure must be considered in order to tackle any soil problems, i.e. ploughing and subsoiling.

Factors to think about include:

Should you overseed or reseed?

Where weed grasses have not yet established, overseeding may be all that is required to return the ley to optimum output. Generally, 20-25kg/ha of 50-100% of tetraploid mix will be required (tetraploids are a bigger seed and generally more aggressive in establishment). Where this is not done, weed species such as chickweed, docks and buttercup will move in and take over. The use of selective herbicides in areas where perennial broadleaved weeds have already established should also be considered before overseeding.

To give the new seeds the best chance at establishment and to reduce competition from other grasses, it is recommended that your graze hard with sheep or cut existing grass lower than normal.

Aerating with a pasture slitter or sward lifting is good practice too. Vigorously harrow with a spring tine harrow to create a tilth before your sowing pass (there are also a number of direct seeding disc drills available where no tilth is needed). Finally, flat roll to finish - ensuring good seed-to-soil contact. The application of 20kgN + 20kgP + 20kgK per hectare or an application of digestate or slurry will improve the success of the operation. Be careful to avoid too much nitrogen though as it will stimulate existing plants and therefore make them competitive to the seedlings.

In situations where the ley has reached the need for a total reseed, desiccate first with a high rate of good quality glyphosate. If there is a large infestation of perennial broadleaved weeds, Kyleo (glyphosate + 2,4-D) may be necessary to give better control against dock and thistle.

The leatherjacket risk must also be considered for timing of desiccation, as crane flies will only lay their eggs into grassland. Ploughing out the existing ley by the 10th July is necessary and you are then best to leave the sowing of new seeds until the first week in September. This is also a good opportunity to use a brassica catch crop.

Minimum tillage can be employed for cultivating short term leys (1-2 years), while ploughing is a better option where a long term ley is being reseeded. Subsoiling can be of significant benefit too as it will help to remove compaction. Ploughing should be to a depth of 150mm maximum and a specialist grassland plough is best. Ensure you cultivate really well, incorporating one or two passes with a roller.

Seedbed requirements for a successful reseed are the three Fs:

Remember: if attention to detail isn't great during levelling you will feel that poor seedbed on every pass over with the tractor during the ley's lifetime.

40kgN + 20kgP + 20kgK should be applied after the final rolling. Nutrient is needed in the top 10mm of soil for the new seeds as it will be six months before their roots can access any manures applied before ploughing. When the ley reaches the two leaf stage, it should then be walked and weed spectrums identified for the correct herbicide. At this time, frit fly is a concern and should be monitored.

For information about anything mentioned above or if you have questions about your grassland management, please speak to your Frontier or Kings contact, or get in touch. 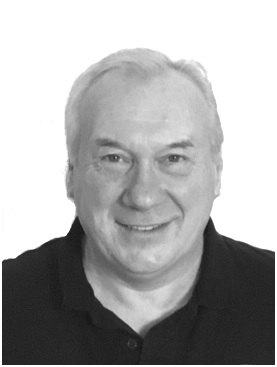 Environmental Land Management blog series: 2/ Drawing a line in the sand and building a baseline of your soils