Frontrunner is also available as a podcast, so you can hear the latest from our traders while you're on the go. Listen below or subscribe to the report on Acast, Spotify, Apple Podcasts and Google Podcasts.

Last Friday, global markets saw a considerable lift following reports of significant export sales to China from the US for corn and soybeans. On Monday, however, this lift was wiped out on the back of increased Russian wheat crop estimates and less than expected US wheat shipments.

The Institute of Agricultural Market Studies (IKAR) increased its Russian wheat production estimate to 78 million tonnes. This is up from 76.5 million tonnes previously and comes as a result of the higher yields being seen in the Black Earth region, which are moving the average closer to that of last year due to the increased area drilled.

By contrast the analyst, Stratégie Grains, made further cuts to its EU wheat crop estimates but this failed to support the French futures market. It now sees the EU-28 crop below 130 million tonnes, making three million tonnes of cuts across France, Bulgaria and Romania which outweighed gains of 1.5 million tonnes for Poland and Germany. Last year's EU-28 crop was 147 million tonnes.

In Australia, favourable weather has seen production estimates increase to 26.7 million tonnes versus the 15.2 million tonnes seen the previous year. This goes some way to addressing the combined expected 2019 harvest loss of 16 million tonnes from the UK and France.

On Wednesday, Egypt bought 470,000 tonnes of wheat from Ukraine and Russia for early September delivery at prices which, on average, were $2.50 above last week's purchase (including freight). Despite this sizeable trade, July wheat exports for the eight major exporters are near a decade-low. It is this lacklustre demand, coupled with significant cuts in production for one or two of them, which has markets moving sideways.

Global prices saw more support towards the end of the week due to lower EU crop estimates and US dollar weakness.

Closer to home, slow farmer selling continues to be met with a lack of consumer demand. While the market waits for the consumer to move in August, the drier and warmer temperatures will encourage harvest pace to pick up nationwide.

As the winter barley harvest progresses through the UK, there is a huge range in yields from 4t/ha to over 9t/ha. However, on average, yields are falling in line with pre-harvest estimations. A combination of limited demand and a lack of farmer selling pressure - due to a relatively small winter barley area and a small wheat crop - has resulted in a relatively quiet week in the barley market.

While UK feed barley remains the cheapest origin in Europe, demand is limited. This week, Tunisia tendered for barley and the UK was too expensive, so it is likely this barley will be executed from Black Sea origins instead. With a sizeable surplus of barley expected this year, and with uncertainty around Brexit and exporting to Europe after December, the global barley price will be more important than ever for UK barley values.


As covered in previous Frontrunner reports, the malting barley market still remains inactive due to the large spring barley area (mostly comprised of malting varieties), reduced demand due to Covid-19, Brexit uncertainty post-December and large, additional carryover stocks of malting barley in both the UK and Europe. The increase in European coronavirus cases is knocking confidence and the return of pre-pandemic alcohol demand remains uncertain.

It is anticipated that the demand of domestic malsters this side of Christmas will be limited so, as a result, any growers looking to store malting barley on farm should be prepared to hold it until January onwards. Importantly, efforts should be made to ensure that any malting barley remains dry and cool to preserve quality.

With all the uncertainty in the malting barley market around circumstances post-Brexit, this contract looks a good option. Similarly, Frontier's feed and malting barley pools are also now open. For more information, please contact your local Frontier farm trader.

As we move further into the domestic rapeseed harvest, there are still no signs of any harvest pressure on prices. With plantings down almost 30% and the expectation of low yields following the crop's difficult start, the harvest market this year was never likely to be swamped by aggressive sellers.

Prices have held steady over the course of the past week and are sitting at a welcome £10/t premium to the levels seen at the same time last year. Imported supplies are being booked up to plug the shortfall but Ukrainian shipments are going to be limited on the back of its significantly lower crop output. Australian supplies, which could be plentiful given the good growing conditions, won't be available until the turn of the year.

The market is further supported by reports of substantial Chinese orders for US soybeans. US new crop sales to China sit at a six-year high, and there will be no competition from Brazil and Argentina in the short-term as they are largely sold out of old crop and won't see any new crop until 2021.

In recent times, we have seen how 'on and off' trade relations can be between the US and China so there are no certainties that orders will convert into physical deliveries. However, the market feels well supported in the short-term. EU demand, both in the food and biofuel sectors, is recovering well from the pandemic lockdown. Any likely feeling of plentiful supplies in the global vegetable oil markets is still six months away, at which time markets will feel the effect of the Southern Hemisphere harvest.

The UK bean harvest has started in a few areas, specifically where farmers are looking to cut drought-stressed crops before starting their wheat. These are winter beans that were late-sown and have effectively died off. Given that movement is needed and with minimal demand prices for spot loads, values are already trading below £200/t. If quality continues to look poor, we expect there will be further falls over the next few weeks.

On a brighter note, there is a little buying interest in Egypt as traders look to get hold of early new crop beans that are shipped in August. Initial premiums for the best quality look set to start at around £30/t for spring beans and £20-£25/t for suitable winter beans.

For sample collections and details of our new crop 2021 bean buy-back contract, please speak to your local Frontier farm trader.

As mentioned in last week's report, global urea values remain firm. This has led to an increase in UK values, with prices trading up over the past seven days. UK suppliers have also reissued new terms for nitrate and NPK grades to reflect the increase in urea and AN markets.

Pricing for liquid UAN is still available for autumn and spring fill. It remains competitive in the market but, once again, rising urea and AN values will add to the pressure to review markets going forward.

As we roll into August, phosphate values are showing signs of firming and new shipments of raw materials will command a higher premium once old stocks are drawn down. However, it is worth noting that the sterling/dollar exchange has firmed three cents this week. If sterling remains firm, it will soften any increase in pricing in the short-term. Please note: stocks of DAP are tight with some suppliers so it is advisable to order requirements early to avoid disappointment.

The fundamentals of autumn seed supply and demand have not changed.

Last autumn and winter, plantings for national seed crops were down 25% versus 2018. Many of the crops that were drilled will see lower than average yields as a result of the challenging growing conditions, something which first reports from our seed crop harvest are already confirming. Although the picture remains somewhat varied, there is an overall trend of yields being lower than the five-year average.

Seed stocks left on farm from last autumn are estimated to be an average of 20% nationally, with our sampling showing that most of the stock is in good condition and suitable for drilling this autumn.

This year autumn cereal plantings are expected to increase, with the winter wheat area forecast to top two million hectares. 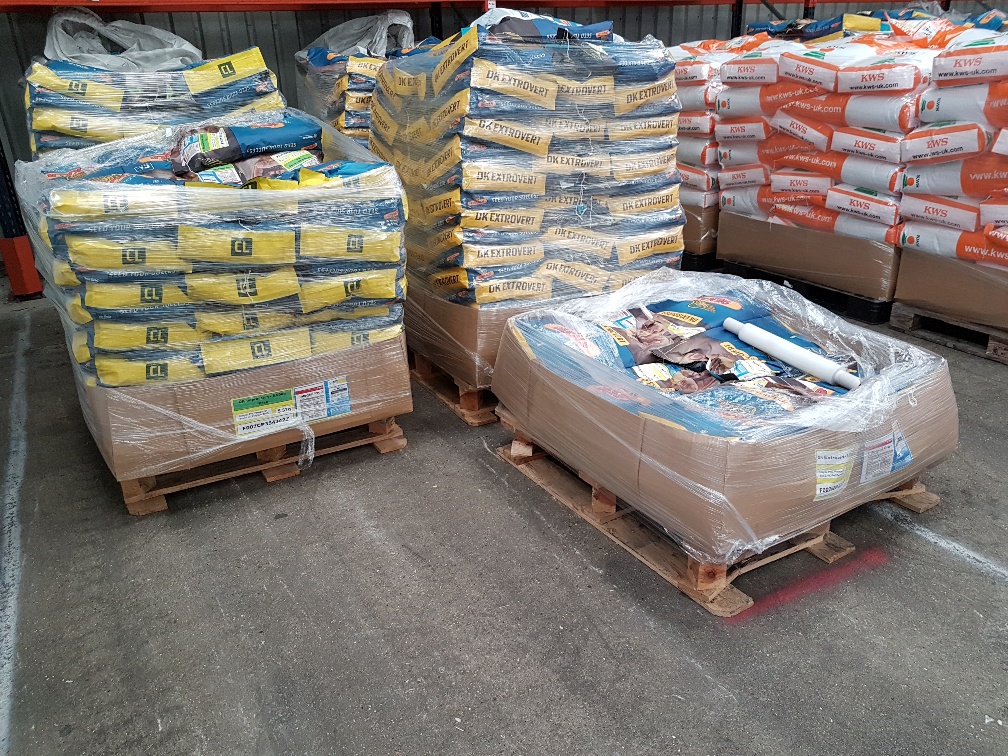 Overall, this balances out as a net short position for autumn cereal seed. This is being reflected in seed availability, with key varieties already under significant pressure and several already sold out across much of the trade.

If your autumn cereal seed decisions are yet to be made, please speak to your farm trader or agronomist urgently to secure your preferred varieties.

Following swift progress with early harvesting across much of the country, preparation for and the drilling of oilseed rape is now underway on many farms.

Stocks of conventional and hybrid oilseed rape seed are in good shape, with plenty of options for swift delivery from our regional hubs.

Companion crops have also seen a significant increase in interest this year, with mixes including buckwheat, fenugreek and berseem clover being used to support and improve oilseed rape establishment.

From our combined oilseed rape and small seeds processing plant at Diss in Norfolk, we can deliver oilseed rape seed and companion crops on the same vehicle to minimise on-farm disruption during harvest.

Decisions about oilseed rape will be made shortly before drilling on many farms. If you know you will be including oilseed rape in your rotation but have not yet ordered seed, we encourage you to do so now to avoid the anticipated rush of orders in mid-August.

Please speak to your local Frontier contact or email us at This email address is being protected from spambots. You need JavaScript enabled to view it. for more information or advice related to any of the topics and services mentioned in this report.