Frontrunner is also available as a podcast, so you can hear the latest from our traders while you're on the go. Listen below or subscribe to the report on Acast, Spotify, Apple Podcasts and Google Podcasts. The report is read this week by marketing assistant, Faye Lee.

World wheat markets rallied sharply this week, reacting to mainstream media reports of increasing tension between Russia and the Ukraine. This was highlighted by Chicago Board of Trade (CBOT) wheat futures which gained over 7% and, in doing so, recaptured all the losses they had made so far in 2022.

The short covering and speculative buying are understandable given the potential disruption to international trade should conflict develop. Russia is the world's primary wheat exporter with as much as ten million tonnes from its estimated 35-million-tonne surplus left to ship this season. Ukraine, the fourth-largest wheat exporter, has eight million tonnes from its 24.5-million-tonne surplus to ship. Together, the two countries account for almost 30% of the world's wheat export trade. Ukraine is also expected to ship up to 33.5 million tonnes of corn this season.

Egypt, Algeria, Turkey and Iran, along with other wheat importers, have significant purchases from Russia and Ukraine in place for execution over the next few weeks. Earlier this week, Algeria bought 600,000 tonnes of wheat, turning its back on France as its traditional supplier in favour of wheat from the Black Sea and Argentina.

Brussels has updated its wheat export data with only a small increase of 220,000 tonnes on last week, but France's export data remains unchanged. Shipments to the 16th January rose to 15.324 million tonnes with private estimates suggesting 400,000 tonnes is not accounted for from France. EU wheat has become more competitive since the beginning of the year but, with an estimated surplus of approximately 32 million tonnes, the pace to date needs to step up to avoid any burdensome carryover. With old crop prices trading at £20-25/t above new crop, long holders will not want to carry over any more than is essential. Black Sea tensions may well push export interest to EU shippers.

The Buenos Aires Grains Exchange (BAGE) has reported that wheat harvesting in Argentina is now complete and estimates a record crop of up to 21.8 million tonnes. This is 1.3 million tonnes above the estimate made by the United States Department of Agriculture (USDA) in last week's World Agricultural Supply and Demand Estimates (WASDE) report and over four million tonnes above last season's crop. With an official export target of 12.5 million tonnes, whether any of the additional crop now available could be shipped is uncertain. However, exporters are running at a fast rate with up to six million tonnes expected to be shipped by the end of January and a push to clear the balance by the end of March. Following this, ports will become choked with corn and soybeans.

Good rains in recent days have brought some relief for later drilled corn crops, but BAGE has said that early drilled crops have suffered irreversible damage. Crop ratings dropped one point on the week to 22% rated 'good/excellent' but the crop estimate from BAGE, at 57 million tonnes, remains miles ahead of other estimates, which are as low as 46 million tonnes.

Due to drought concerns affecting the ripening maize crops in northern Argentina and southern Brazil and the escalating tensions between Russia and the Ukraine, futures exchanges have rallied around 4% this week. However, domestically, there has not been much reaction for a similar move on feed barley. In many places, especially in eastern and southern England, feed barley prices are equal to feed wheat, making fresh purchases by feed compounders unattractive. Even in other more northern and western locations, barley is only £10/t under wheat, limiting its space in further livestock rations sales to a minimum. Merchant long holders have been keen to increase sales in short-haul destinations to ensure they capture some relatively high prices, even if off the top of the market.

Unlike old feed barley prices, values for crop 2022 are pushing higher in response to this week's aforementioned concerns. Values have risen £5/t this week resulting in the pace of farm selling picking up. Crops in the ground have established well, with the recent frosts limiting the spread of disease and slowing plant growth to prevent crop being too forward of where is ideal for the current time period. Current weather forecasts maintain a dry outlook, meaning plants will enter the spring in some of the best conditions in years. 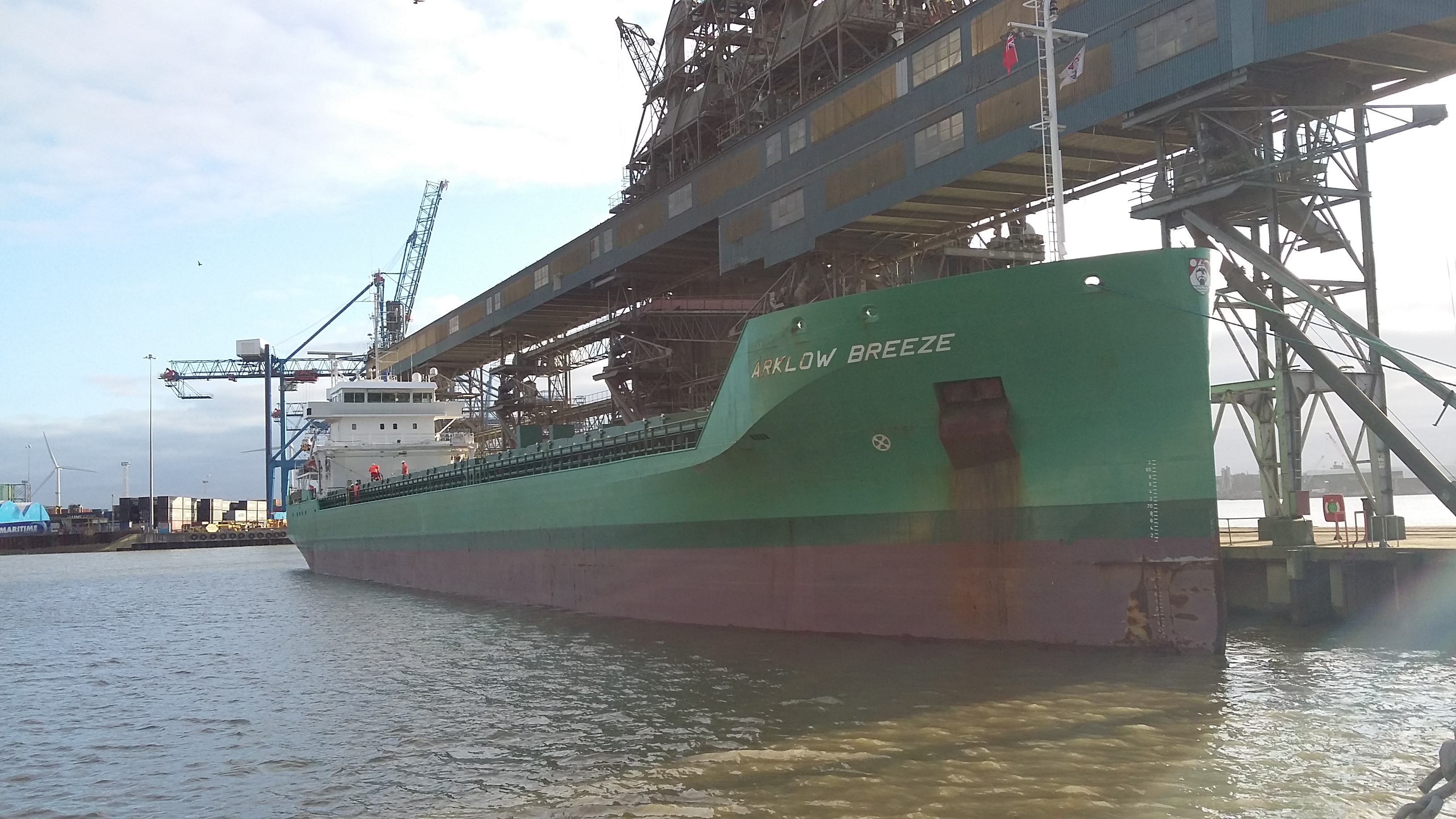 Long holders of old crop export cargoes of malting barley have made more of an effort to market tonnage this week. Earlier this week, we heard the first reports of cargoes of Argentine malting barley headed to Europe. Each of these ships can carry 60,000 tonnes, which means the maltings in the hinterland of the discharge port will have plenty of barley to use for a while. With premiums still £70-90/t depending on location for February movement onwards, nobody wants to be left with stock and even Australian malting barley could arrive later in the spring, which will add more old crop supply in the EU. New crop malting prices are obviously somewhat lower as markets are hoping for a rebound in Scandinavian and Canadian production of several million tonnes. However, malting prices over feed barley prices are at a high level for this period in advance of harvest. They are at £40/t in southern England and £60/t in East Anglia. With what could be an early sowing campaign if the dry weather holds into February, farmers may want to start thinking of how they are going to market crop 2022 malting barley. Frontier has successful minimum and maximum premium contracts, fixed prices and well-established pools to help with the process. Please speak to your farm trader for more information.

Old crop markets continue to be volatile. Currently, Paris futures prices are back to where they were at the start of the month, which is masking the €90/t swing in prices seen over the past three weeks. Earlier in the month, prices suffered from a bout of fund long liquidation, but markets have latterly found support from firming energy prices, with Brent Crude oil trading up to almost $89 per barrel and reports that German rapeseed crushers are close to running out of supplies. In Europe, we are only just over halfway through the 2021/22 season with a market at levels never seen before. It's not possible to judge whether today's values are 'correct' to see us through to new crop in an orderly fashion. Over the coming months there will be many more short-term squeezes and sell-offs, providing traders with both risk and opportunity.

UK farmers have generally little stake left in old crop markets and new crop prices are of much more interest. November 2022 Paris futures are currently setting new contract highs on a daily basis with €600/t in sight. This contract is benefitting from the firmness in energy markets but also has further support from concerns over the suppressed demand for rapeseed and rapeseed oil into China and the developing military situation in Ukraine. China is seen as a market that will need to play catch-up at some point following the diplomatic difficulties with its key Canadian and Australian suppliers while imports of Ukrainian seed are still an important component of the European crush. A Russian invasion of Ukraine could have profound consequences for supply from this region.

New crop markets are also getting support from the wider global oilseeds complex and soybeans in particular. An expected build-up of bean stocks has rapidly turned into a run down as the impact of the dry weather in South America continues to take its toll. A little rain in recent days has helped some regions but the La Niña weather pattern remains firmly in place with drought conditions and high temperatures forecast to return in February. The USDA recently reduced its forecast for bean production in Brazil, Argentina and Paraguay by 9.5 million tonnes to a new total of 194 million tonnes. However, the trade is estimating that this figure may be as much as 14 million tonnes too high. The market will await the next USDA report on February 9th to see if any revisions are applied.

Old crop bean markets have remained relatively static this week with no reaction to the recent hikes in feed wheat prices. This is a further indication of a market struggling to move the large crop produced from harvest 2021, especially with the complete lack of interest for further supplies of human consumption beans.

New crop prices, however, continue to be more closely linked to wheat prices and with levels now approaching £230/t for new crop feed beans, it may well be a good time to make some early sales of winter feed beans. Winter sown crops are generally in very good condition in most areas of the UK after almost perfect drilling conditions followed by a relatively mild open winter. The Frontier bean and pea pools are still open for crop 2022 and, with strong results last year, are a useful marketing tool for growers with less time to concentrate on marketing pulses.

Globally, we have seen further softening of granular urea due to lack of demand since the last Indian tender and US prices have also seen a drop recently from their highs at the end of 2021. However, this has had very little impact on the UK market as very few, if any, UK importers are keen to buy at these levels with the risk of holding stock beyond the spring, resulting in supply remaining tight in the UK with very little on offer. The European gas price is at similar levels to when CF Fertilisers halted production back in September and it is yet unknown as to whether production will continue for nitrogen at its factory beyond January. Last week's prices from CF Fertilisers continue to see good uptake on its current offer. In Europe, Yara increased its nitrate prices last week with limited volumes available. The purchasing trend in the UK has increased since the Christmas break and, with many crops looking very good, the indications that some growers might cut down on their fertiliser application seems to be unfounded in most cases with many looking to feed these crops to their full potential even with fertiliser at higher prices.

There has been steady trade this week with some spring UAN buyers coming to the table to cover in additional volume and ensure timely supply and delivery. With application now only potentially a few weeks away, haulage is being geared up to ensure timely execution of spring volumes. Growers are urged to plan well in advance to secure their deliveries on time.

Limited volumes are still being offered by suppliers and shippers for certain grades across the UK, which will be the strategy throughout the spring. UAN values remain competitively priced in comparison to solid equivalent grades with a number of growers having the option to switch between solid and liquid throughout the season depending on availability.

Demand for MOP, TSP and DAP remains slow since price rises at the beginning of this year. Product supply and logistics will remain a challenge throughout the industry and, coupled with the backlog of outstanding orders still to be delivered, the spring will be more difficult than in previous years. Covid-19 and the recent spike in cases is also adding further pressure. Our advice remains to cover your fertiliser requirements as soon as possible to have product on farm in time for the spring usage period.

Please speak to your local Frontier contact or email us at This email address is being protected from spambots. You need JavaScript enabled to view it. for more information or advice related to any of the topics and services mentioned in this report.