A joint harvest 2017 trial investigating the use of a 'chaff deck' to control the return of grass-weed seed in the UK proved such a success that the project team has announced it is being expanded. For harvest 2018 the trial, involving the attachment of a chaff deck to a combine harvester, will expand to include more farms in more regions.

This news comes just one week after the chaff deck received recognition at LAMMA18, with a Merit Award for Innovation.

The research is led by Frontier Agriculture as part of its 3DThinking trials programme and is organised in collaboration with EW Davies Farms Ltd, AHDB, Primary Sales from Western Australia and Rothamsted. The chaff deck, more widely used in Australia to control grass-weeds, was fitted to Essex farmer Jeremy Durrant's Lexion 780 for harvest 2017.

Improved control and not a single blockage at harvest

The first key question was would the chaff deck work under UK conditions and the answer to that was a resounding, yes! Paul Fogg, Crop Production Technical Lead for Frontier explains, “Although in use successfully in Australia for a number of years, our conditions and crops are very different and there were concerns that chaff deck might not cope with volume and moisture of chaff during a British harvest. However, Jeremy cut 1,250 hectares across winter wheat, oilseed rape, spring and winter barley, spring and winter oats, linseed and beans with not a single block or issue! Operationally, the kit got a massive tick during the trial.”

The main trial site used was cropped with winter barley CV Volume. The average background black-grass population prior to harvest was 219 plants/m2, with the crop harvested on 14th July 2017. It was estimated that at the time of harvest 30-50% of the black-grass seed was retained in the ear, which was higher than anticipated given current knowledge on how black-grass sheds its seed from the base up as it matures.

A noticeable observation within the first few weeks post-harvest was that chaff in the tram line itself seemed to sit slightly proud of the soil surface and afforded a drier microclimate relative to the rest of the field. A following oilseed rape was established with minimal soil disturbance, with the seed applied to the soil surface and followed up with a straw rake and rolls to create a shallow tilth. Black-grass plant scores were made at the start of October within the standing oilseed rape crop, with initially quite encouraging results. Although not uniform across the entire field, the average background black-grass population with the trial field (based on plant counts) was 46/m2.  This compared to plants counts of 274/m2 within the chaff tramlines, a 6-fold increase.  The working hypothesis is that over time the background field population should decline based on the assumption that 95% of any grassweed seeds that enter the combine end up in the chaff.  The field has subsequently been subject to normal agricultural practice with no special treatments applied to the chaff tram lines. Practice in Australia varies, some farmers are leaving the concentrated weed seed to decompose in the chaff tram lines and others are using concentrated pre-mix program only on the tram lines.

Controlled Traffic Farming NOT a requirement for chaff deck

The trial this year was evaluated under a controlled traffic system (CTF), with everything operated on 12m spacings. However, CTF is not a prerequisite requirement to allow the use of chaff decks for tram lining. Provided the same combining lines are maintained year-on-year the system will work. In Australia, it is reported that a significant number of growers use chaff deck tram lining as a means of managing resistant grass weeds and also carry out post-harvest cultivations, more often than not, at a different angle of travel to the combine swaths .The UK trial looked at the impact of a shallow post-harvest cultivation.

Harvest 2018 and beyond for chaff deck

Given this success both in operation and in grass-weed seed consolidation, the project team is expanding the trial this year. As well as Mr Durrant’s farm the team is in discussions with several other farmers in different regions to place a chaff deck on their combine.

Paul concludes, “Initial results are very encouraging and we’re really pleased that chaff deck demonstrated improved control of seed return. Perhaps even more significant is that the chaff deck was not hindered by a single blockage during harvest. We knew chaff deck could work to control grass-weeds because of its extensive use in Australia but there were question marks over its value under UK conditions, particularly in black-grass situations. Based on one year’s results there are now some positive indications that its mainstream success in Australia could be replicated in the UK.  Sustainable black-grass management requires a fully integrated approach. However, harvest weed seed management and the use of chaff decks for tram lining is one additional novel approach that we may be able to add to our tool box. We’re excited to trial on more farms this year.” 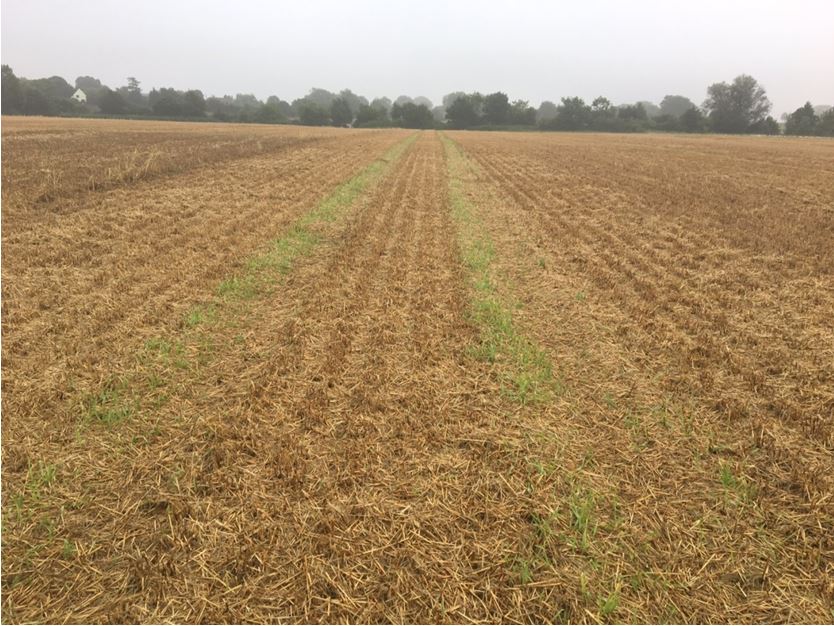 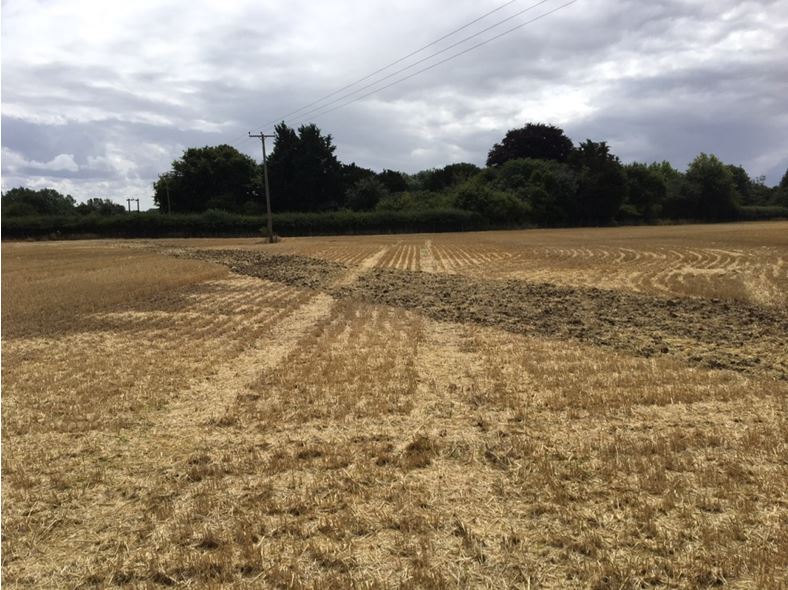 Impact of post-harvest cultivations on the chaff tram line placement when carried out at a different angle of travel to the combine: