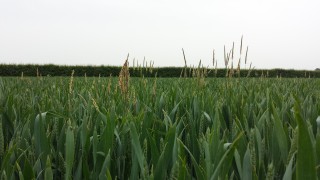 Black-grass is major problem on many UK farms and it is now widely accepted that fully integrated solutions to manage the weed are fundamental to achieving any kind of success. Ultimately, most approaches are aimed at limiting seed return in order to reduce the overall population pressure.

In this blog, I discuss a number of management options that should be considered pre-harvest to reduce seed return and which should form part of an overall, long term plan to eradicate the weed.

Black-grass is an annual grass weed propagated solely from seed. This means that for long-term control, it's essential to minimise the number of seeds that each black-grass population drops.

The number of heads per black-grass plant varies considerably, depending on crop competition. Typically, each black-grass plant has 2–20 heads when growing among a competitive winter cereal crop. Each head can contain in the region of 100 seeds, and, with populations of 500 heads per squared metre not uncommon, seed return can easily exceed 50,000/m2 (Moss 2010). The speed of seed maturation is influenced by the weather but can be rapid, with most seeds shed prior to harvest, typically between July and August. The sheer volume of seeds black-grass can generate makes pre-emptive action vital to maintaining control.

The herbicide resistance of black-grass

Combined target site resistance, in which both ACCase and ALS TSR mutations occur within the same plant, has been demonstrated and must be expected to increase (Marshall et al., 2013). In other words, populations of black-grass plants which have increasing resistance to both types of herbicide are becoming more widespread.

This has been demonstrated through biological studies. For example, in 2013, 122 non-random samples of black-grass were collected and tested using standard pot assay and petri-dish methods to assign a herbicide resistance rating against three types of herbicide.

The possible ratings were:

Of the 122 populations tested: 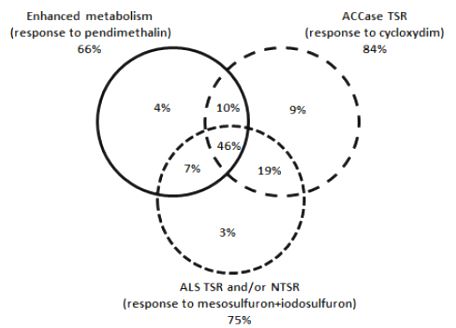 Proportion of Alopecurus myosuroides (that were resistant (RR or RRR)) to three herbicides based on assays with mesosulfuron + iodosulfuron, pendimethalin and cycloxydim. Taken from Hull et al., 2014

Understanding the resistance status of black-grass populations on the land you farm will help when it comes to planning the most appropriate herbicide strategy. You'll need to accept that a long-term, fully integrated approach will be necessary.

Seed sampling of black-grass populations should form part of this strategy. When sampling seed for resistance testing, make sure the seed is ripe. Black-grass seeds are ready for sampling when seeds are brown and fall off the panicle on their own when gently brushed with your hand; you won't need to force seed off the plant. In general, the best time to sample is the second to third week of July, when 10-20% of seed has shed.

The following outlines the best practice for sampling black-grass seed: 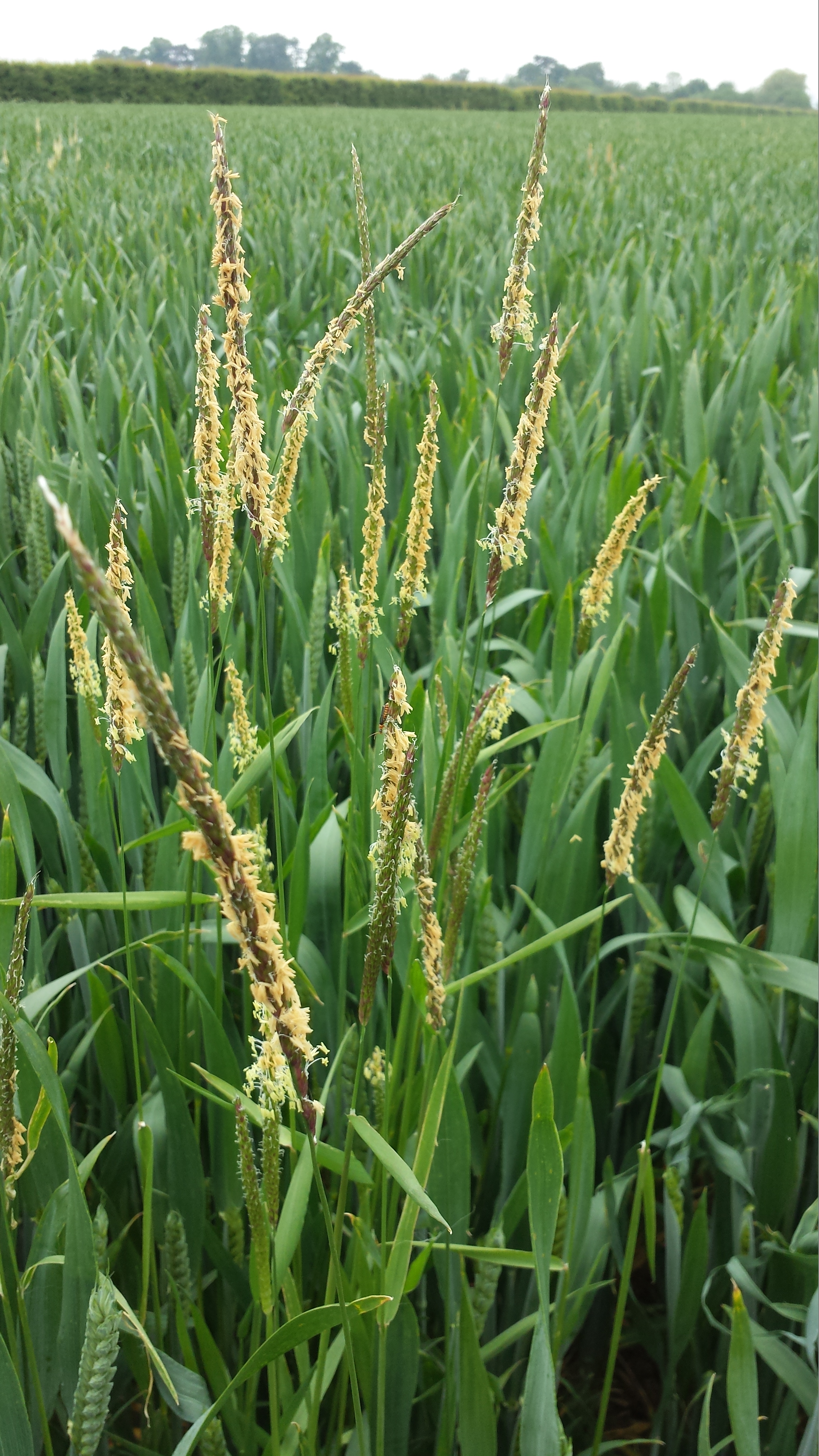 It is also advisable to map the worst affected areas to enable future management decisions to be more targeted. For example, SOYL's iSOYLscout app is a great tool that allows you note areas of interest or concern while out in the field, with the information then synced to its web-based precision management application, MySOYL. These areas can then be monitored over time, with any treatments or actions built into wider farm management plans.

With regards to pre-harvest management and depending on black-grass pressure and distribution, there are a number of possible pre-harvest treatment options. 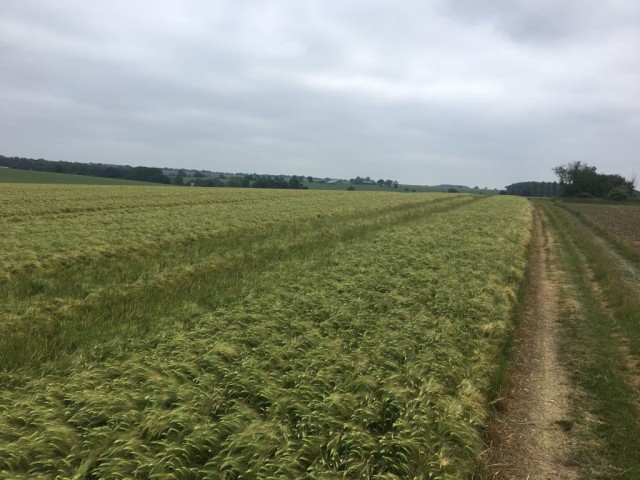 Black-grass in the chaff tramline

If you'd like to talk more about any of the topics covered in this blog, please speak to your Frontier contact or get in touch with us at This email address is being protected from spambots. You need JavaScript enabled to view it. or on 01522 860000.