At this point in the New Year (and if you haven't already) it's time to plan how you're going to break down your cover crop. While it's true that frosts can do some of the work, most winters (including this one) won't kill cover crops outright. How yours is destroyed can be as important as what was actually grown to allow for the best entry into your spring crop.

​Where do I start?

There are a few things to think about before destroying your cover crop. Soil type is important to consider as well as the actual cover crop in the ground and the drill being used for the following cash crop.

Management is generally easier on light and medium soils where spraying and/or grazing cover crops in the coming weeks (with some degree of incorporation ahead of a spring crop) is suitable. On heavier soils, particularly where surface structures and drainage are poor, management can prove more difficult. Often desiccating a cover crop early enough to allow the soil surface to dry will prove beneficial. If your cover crops were part of your EFA they must have been retained until at least 15th January 2018. Biofumigant crops have specialised destruction requirements to follow too.

What are my options? 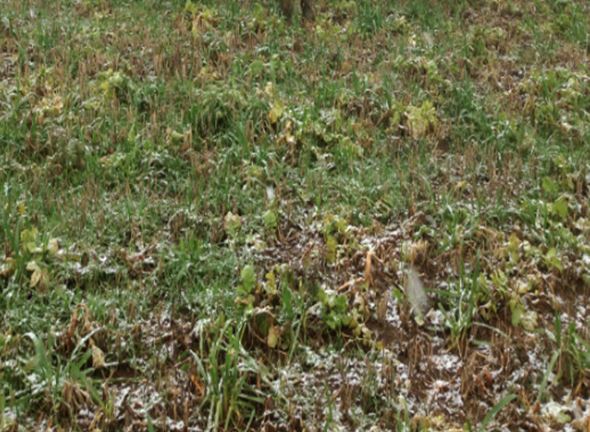 Autumn established covers can be killed off by frost action and followed with rolling.

This provides a financial gain, reduces any residue to contend with and there's the bonus of some nutrients being made more plant-available. Livestock will graze between 50-80% of the crop but if you do opt for this method it should be approached with care. Doing it for too long on heavy soils can impact soil structure via surface capping. Grazing will not always lead to full destruction either – some plants will grow back so additional methods are likely needed. 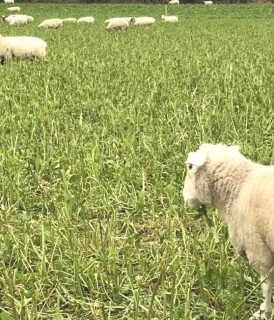 Flails or toppers can do similar work to livestock by chopping the cover crops into mulch. However, this leaves a mat of residue which stops the soil surface drying – particularly on heavy soils.

The desiccation method needed depends on which of the below methods were used to incorporate the cover crops:

Before going ahead with any destruction you should consider weed pressure on the farm and which crop will follow.

Ploughing is an option but has drawbacks from a soil biology view. It creates a conventional seedbed and much of the work of a cover crop (capturing nutrients, stopping soil erosion etc.) have been achieved by the time the plough is put into the ground in spring. Depending on the cover crop size, canopy flailing may need to be considered before ploughing for ease.

Min-tillage (to create a seedbed in front of the drill) can be used too although this operation is probably influenced by cover crop residues. Flailing may need to be considered and/or much earlier destruction of the cover crop by chemical means to allow time for the residue to die down and become workable. Often 6-8 weeks is best for this, so early planning is required.

Direct drilling or 'drilling on the green' can be a preferred option as it reduces costs and increases soil benefits. Specialist drills may be required – disc drills are usually the most favourable. There is mixed opinion on whether you should flail/crimper roll or chemically destroy the crop long before drilling, or spray the cover crop days before drilling so it is effectively still green. On-farm experience and trials will be the best way to decide.

If black-grass control is a main driving force on the farm then little disturbance in the spring is key for reducing 'fresh' germination. A delayed drilling approach will allow a spring flush of black-grass. 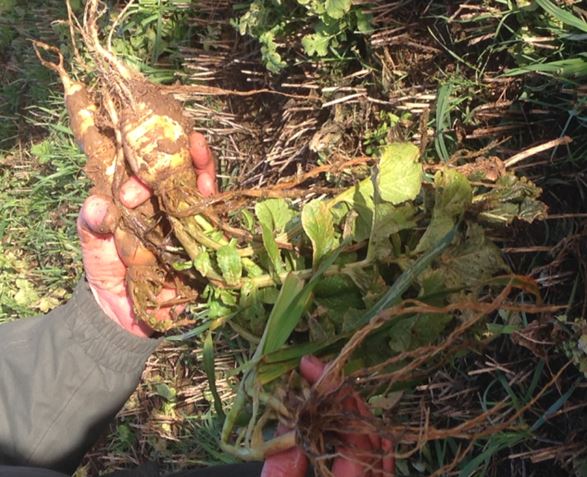 This tends to be easier for most farms. Having been re-registered, glyphosate is the obvious option in most situations either as a split dose or as one dose if the canopy/weed pressure is okay. If significant crop die-down is required early application is best as glyphosate takes longer to work in the cooler winter/early spring months. Earlier applications aimed at 'opening up' the crop may benefit from the addition of 2,4-D (as in Kyleo) or carfentrazone (Shark) as these work faster – on brassica species in particular. They can also help glyphosate with other weed species such as cranesbill, nettles and willowherb.

You should always consider restrictions related to the following crop – these can vary depending on the type and how it will be planted. Two hits of chemical would be a wise choice to ensure any black-grass is controlled before planting another crop, but please ask your advisor for help with your own circumstances. Particular attention should be given to cover crop destruction in front of sugar beet, spring beans and peas because the herbicides may not cover wide weed spectrums.

For expert guidance on applications pre-cereals and pre-sugar beet/pulses speak to your local Frontier agronomist.

Cover crops will naturally loosen soil and create tilth with vertical soil structure. There's usually no need to destroy this with cultivation or ploughing. You may choose to direct drill or minimally cultivate to establish the following spring crop; however this may be a challenge on heavier soils.

For specific advice for your business related to this blog or any other aspect of crop production get in touch with the Frontier or Kings team.

When is best to drill your game and stewardship crops?